Emmy winning producer and actress Melan Perez began her independent film career by debuting at Cons Film Festival in 2011, in a film called, “When Beautiful People Do Ugly Things.” Since then, she has won multiple accolades, including Best Lead Actress at World Music and Independent Film Festival in a project called “The Bachelorette’s Degree.” Her latest role as Melanie in the film “Love Dot Com” can be seen on Netflix.

This Afro-Latina thespian has played a variety of characters: from a wise cracking Aunt in “Cut My Hair Barber,” which made it debut on Inspire T.V, to an abuse surviving alcoholic in the Daytime Emmy winning series “Anacostia.” Melan’s dedication to her craft can be seen through her nine years of acting and four years of producing the “Anacostia” project, as well as her studies attending The National Conservatory of Dramatic Arts, a two-year theater program. In addition, working with acting coaches such as Vera Katz, of Howard University and Tasha Smith of TSAW on camera master class.

Melan’s ability to bring characters to life through her completely engrossing performances and her knack for producing and assembling dedicated and professional teams makes her a necessary member on any project. 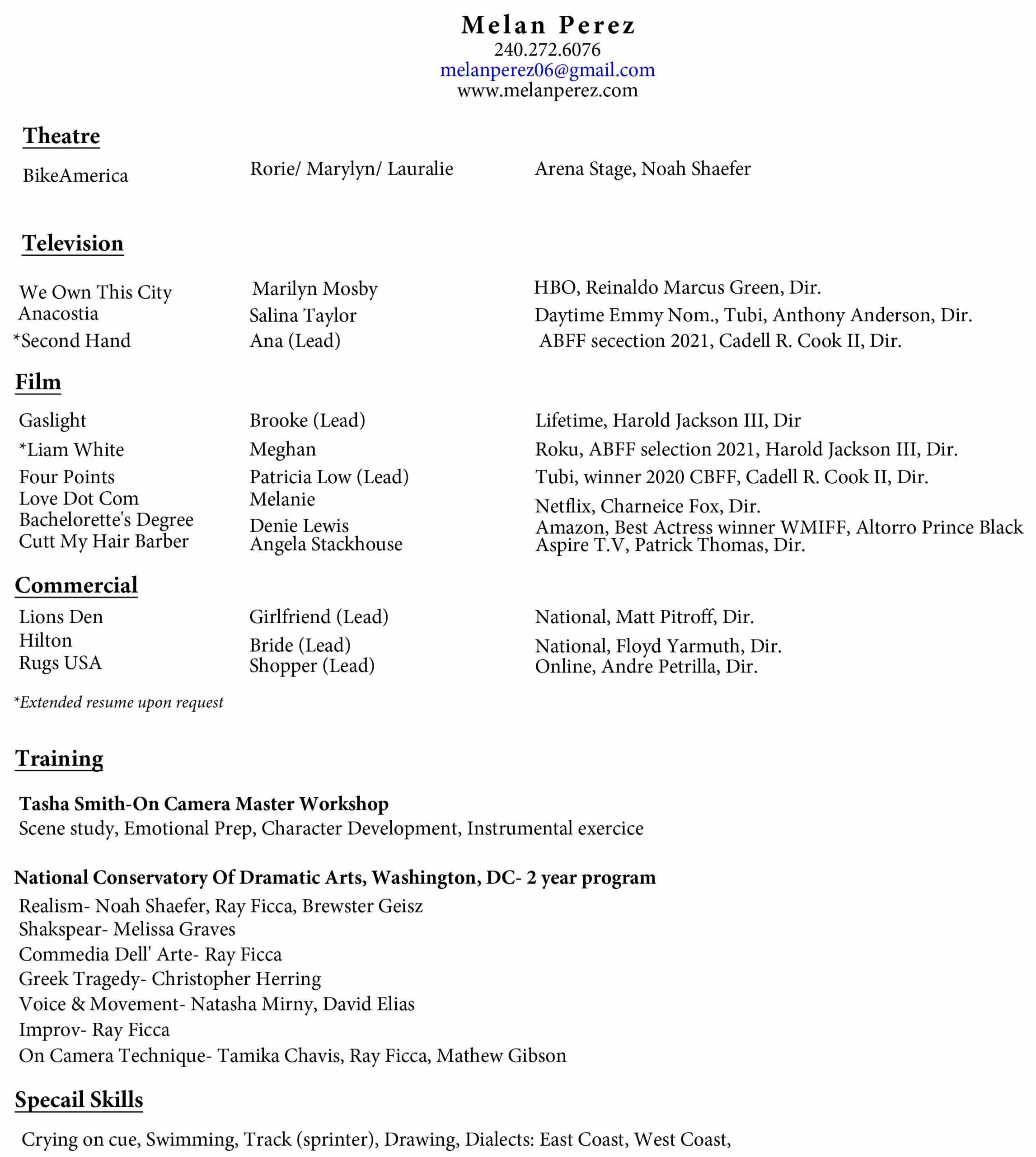 Fill out the contact form and I will be in touch soon.